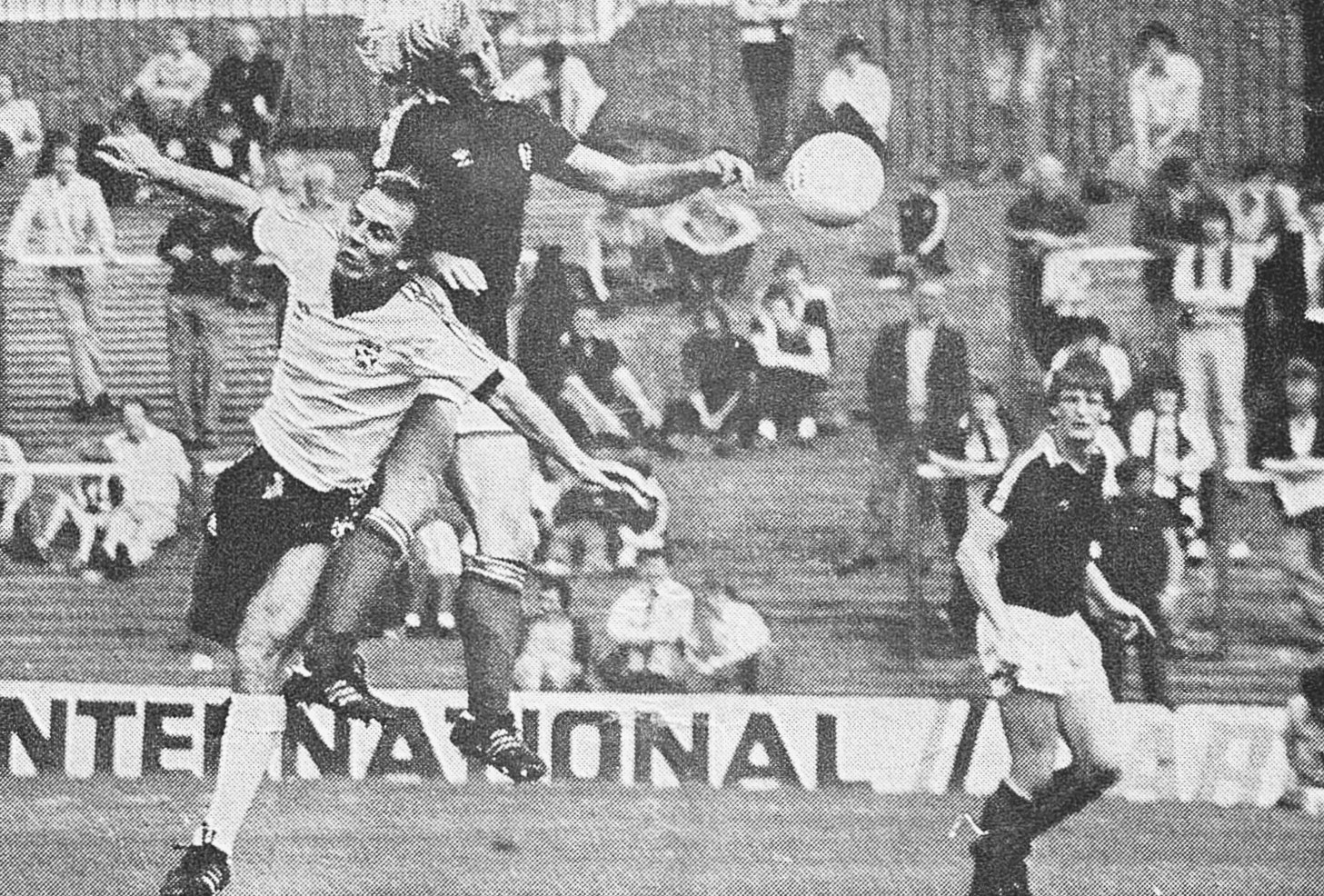 Saints be praised for James Murphy.

The diminutive Dundee winger was the one man who threatened to bring this stodgy game to life with his tireless efforts and artistry out on the left.

Without him this game would have been eminently forgettable until half minute from time, that is. a

That was when newly arrived sub Corrigan cracked the best shot of the after noon (which isn't saying much!) against a post.

There could have been no complaints from Ayr had that one given the dominating Dundee the points.

Although in the first halt quite smart in their sporadic attack, the visitors were a punchless lot when it came to the final touch.

Dundee, although a bit over-deliberate at times, did produce some good football.. And although their shooting was not much to write home. about either, they at least contrived to keep in pretty frequent touch with 'keeper Rennie.

The goalkeeper was cool and commanding and he was a pretty busy fellow in the last 20 minutes.

Shirra and McGeachie both missed with the goal gaping wide, and the longer the game went on, it was pretty clear the Dark Blues would never score.

Over-anxiety seems their main failing. Once a few have made their way to the back of the opposition net, they look like being a formidable enough combination.

The crowd were left wondering how Ayr had taken five goals off Motherwell. Only In the 19th minute was young

Geddes In the home goal

brought into real action when

he blocked a low try from

Christle. It seemed Ayr were quite happy to settle for a point quite early, with their best men all in defence, Rennie and Nicol out standingly.

In Schaedler, McLaren, and the tireless Shirra, Dundee had im pressive performers. Plus, of course, that little teaser, Murphy. Crowd-5328.