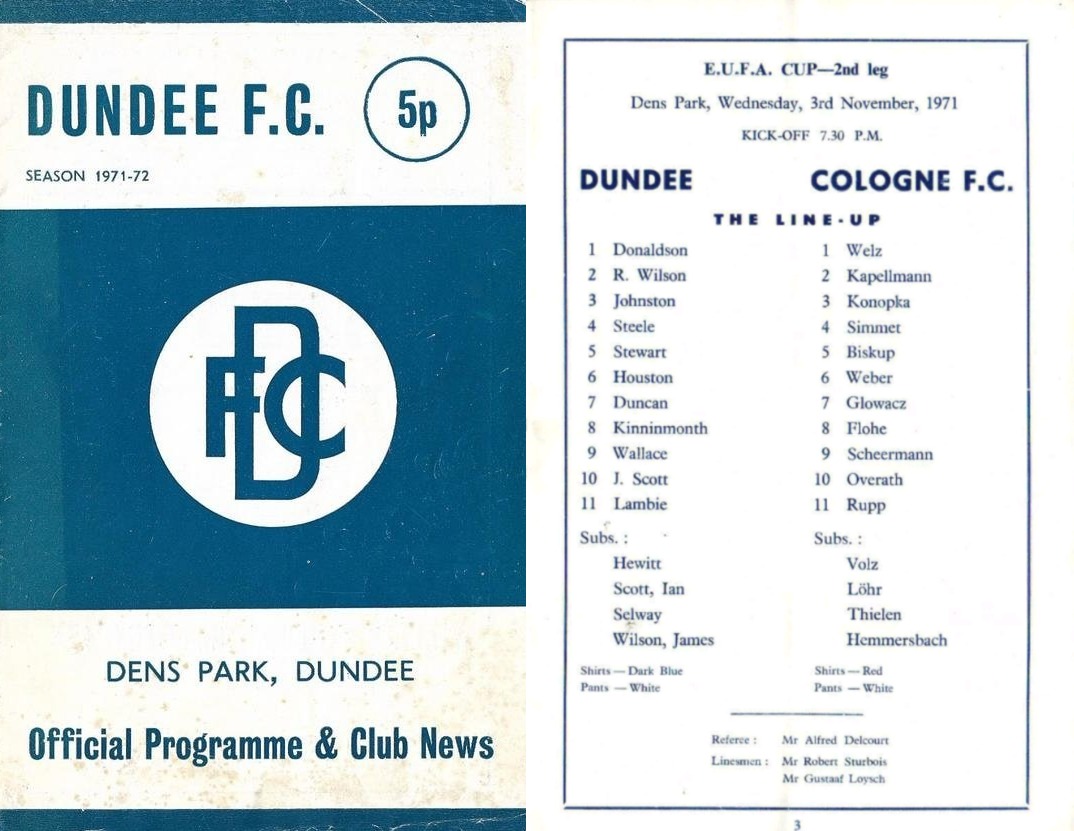 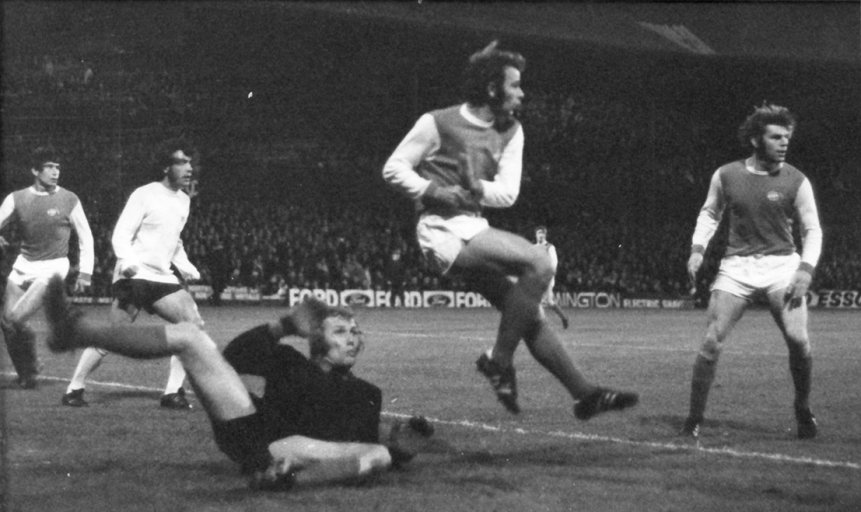 What a night it was at Dens Park. And what a finish!

It's doubtful if even in the glorious European Cup run of 1962-63 Dens Park has seen such scenes of uninhibited delight, or heard such a crescendo of sound as greeted Referee Alfred Delcourt's final whistle.

This surely was the "fightingest," most exciting come back seen at Dens Park for many a season. No wonder the Dens players sang in their baths "We shall not be moved" with a gusto that matched their determination throughout the whole game.

No wonder, Wolfgang Overath, Cologne's gallant and creative skipper, wandered about the pavilion saying, " It's not true! I can't believe it! It is just not possible! Not even the best side in the world should pull back three goals like that in the last 20 minutes. It can't happen!"

In a first half that had produced open, attacking football from both sides and moments of sheer football delight, two goals from corners saw Cologne still ahead on goal aggregate 45 minutes to go.

Dundee restarted with a non-stop attack for 12 minutes. As shots rained on the Cologne goal and 'keeper Welz revealed his Continental talent, everyone felt a goal was bound to come. This was Dundee rampant!

A goal did come-at the other end, as so often happens when a side banks everything on attack. In a breakaway Lohr flashed up the wing, sent over a cross-and that was that!

Said Dunfermline coach Willie McLean as he waited to congratulate brother Jim, " That was a bad goal to lose. To have gone out of the Cup to a goal like that would have been a tragedy."

For it was a goal that caught Dundee in a trap of their own making. From a cross that a fit Dave Johnston would have cut out no bother. But the full-back was obviously slowed down by his back injury that kept nagging painfully.

2-1 Cologne, Dundee down 4-2 on aggregate. They needed three goals to win. With the German defence looking as tight as a miser, a win seemed just not on!

For five minutes or so, Dundee looked down and out. The crowd fell silent. Apart from an occasional voice which reminded us, "Dundee are never at their best when they are a goal down."

How they wronged this new, fighting Dundee! Dave Johnston, as if to atone, came up to show the way with a power shot. Others followed suit.

And always there was John Duncan, moved in the second half to centre. John, the man of the match. As Cologne dallied, confident the game was won, John harried and prodded, and shot for goal on every opportunity.

He got a deserved reward when he brought the sides level. And then, in that glorious, storming finish, got a truly memorable hat-trick. Level four-all on aggregate-but still Cologne's tie on away goals!

On to the final minutes that saw Dundee snatch victory from the jaws of defeat.

Some say Gordon Wallace got that golden winner. Others said Bobby Wilson. But Jim Steele claimed that goal was really his!

As 'keeper Welz and the Cologne defence had a bout of jitters, Jim shot for goal. It was punched out on the goal-line by a defender and went straight to Bobby Wilson, who kneed it over the line. The ball came out again.

Wallace made "siccar." As Bobby Wilson said later, "It doesn't matter how or who scores such a goal as long as it counts."

Said a German official, shaking his head, "We threw the game away. We had it won if we had continued to play football. That is our game. It is bad we forgot that.”

Dundee were heroes all. But a special mention for the two lads who nearly didn't play at all. Dave Johnston's back gave him not a moment's peace for much of the game. Strapped up until shortly before the game, he was strapped up again immediately after it.

Jim Steele aggravated his hip injury and early in the second half took a chest knock. He shouted to officials in the dug-out, "I'm struggling for breath.” So, the order went out to Jim to move up front and for Doug Houston to move back.

Immediately the redhead tore off his hip plaster as if to lighten his burden. If slower of pace, he continued to give all he had.

Said physiotherapist Eric Ferguson, "It was amazing these two kept on as they did.”

Then a happy skipper, Doug Houston, told me – “We've maybe played better football on occasion, but never has the team fought better. Every man gave his all. No club could ask for more. I was proud of the lads."

Maybe the game was summed up by two players as the teams trooped off the field. German substitute Thielen, led off by his trainer, was crying unashamedly. He had tasted the bitterness of heavy defeat in 1962. Now, when it seemed that was about to be avenged, victory was snatched from his side.

Then there's Alec Kinninmonth. It is always an unhappy feeling for any player to be substituted. It is even harder to take when you come off the field with jeers from the crowd filling your ears, as happened to Alec. But there he was at the final whistle, springing from the dug-out to lead the applause to his victorious colleagues. Alec Kinninmonth proved at that moment he's a true sport and a great servant of the club.