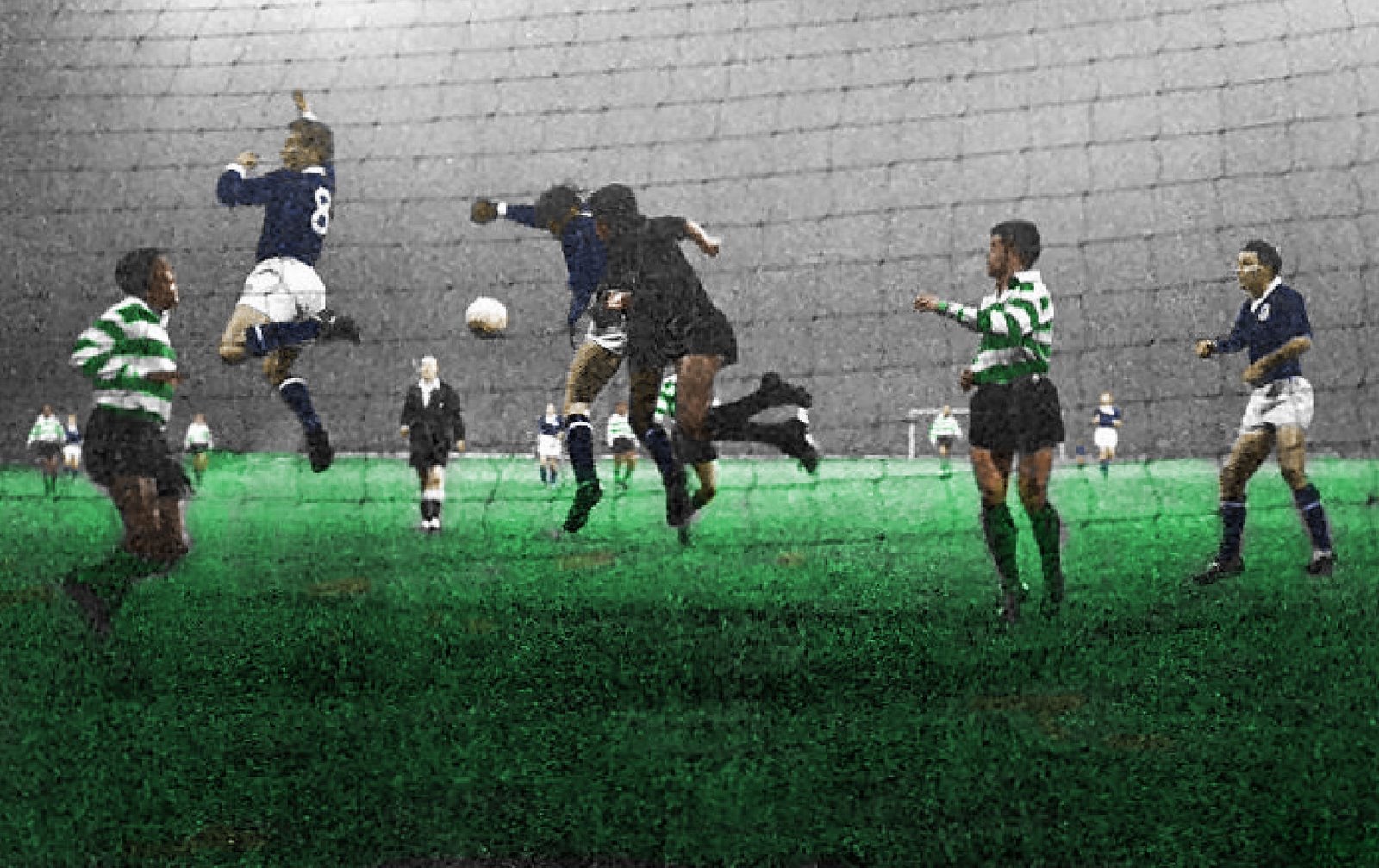 Following on from the 1st leg of the second round that seen the Dark Blues go down one-nil in the Jose Alvalade stadium in Portugal to a Gerald De Carvalho 90th minute winner, the Dees would have it all to do.

With near enough 32,000 fans packing Dens a week later, would the Dee be able to produce some magic to overturn the one-goal deficit?

As well all know too well, we would not only defeat Sporting Lisbon, we would do so in style with a commanding win.

Alan Gilzean opened the scoring on the thirteenth minute when his low shot glided past Joaquim Carvalho then just before half time, Alan Cousin headed home from a Gordon smith corner to put the Dee ahead on aggregate.

Dundee never showed any signs of slowing down in the second half and Gilzean went about netting another two goals to complete his hat-trick. This was Gilzean’s second hat-trick of the tournament after he had earlier scored three against Cologne at Dens in ur 8-1 victory over the German champions.

Ernesto Figuerido would pull back a consolation goal but it was all but over for the Portuguese Champions and Dundee’s name went into the semi-finals, winning 4-2 on aggregate.

After that result, the Sporting President tipped Dundee to go on to win the European Cup.

Alan Gilzean reminisced later on about that night.

“These European nights were very special.

“The Dundee public turned out in their thousands and although we had a very good side, the atmosphere generated by the huge crowd gave us a tremendous lift.”