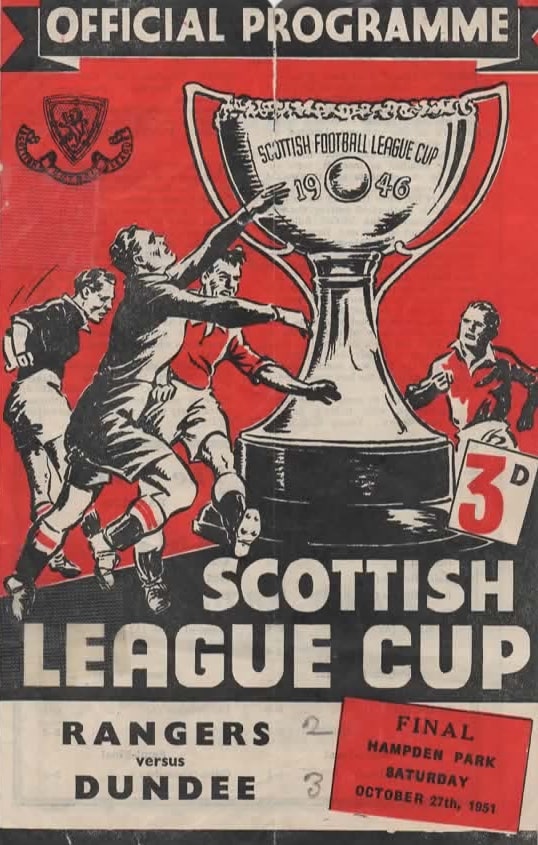 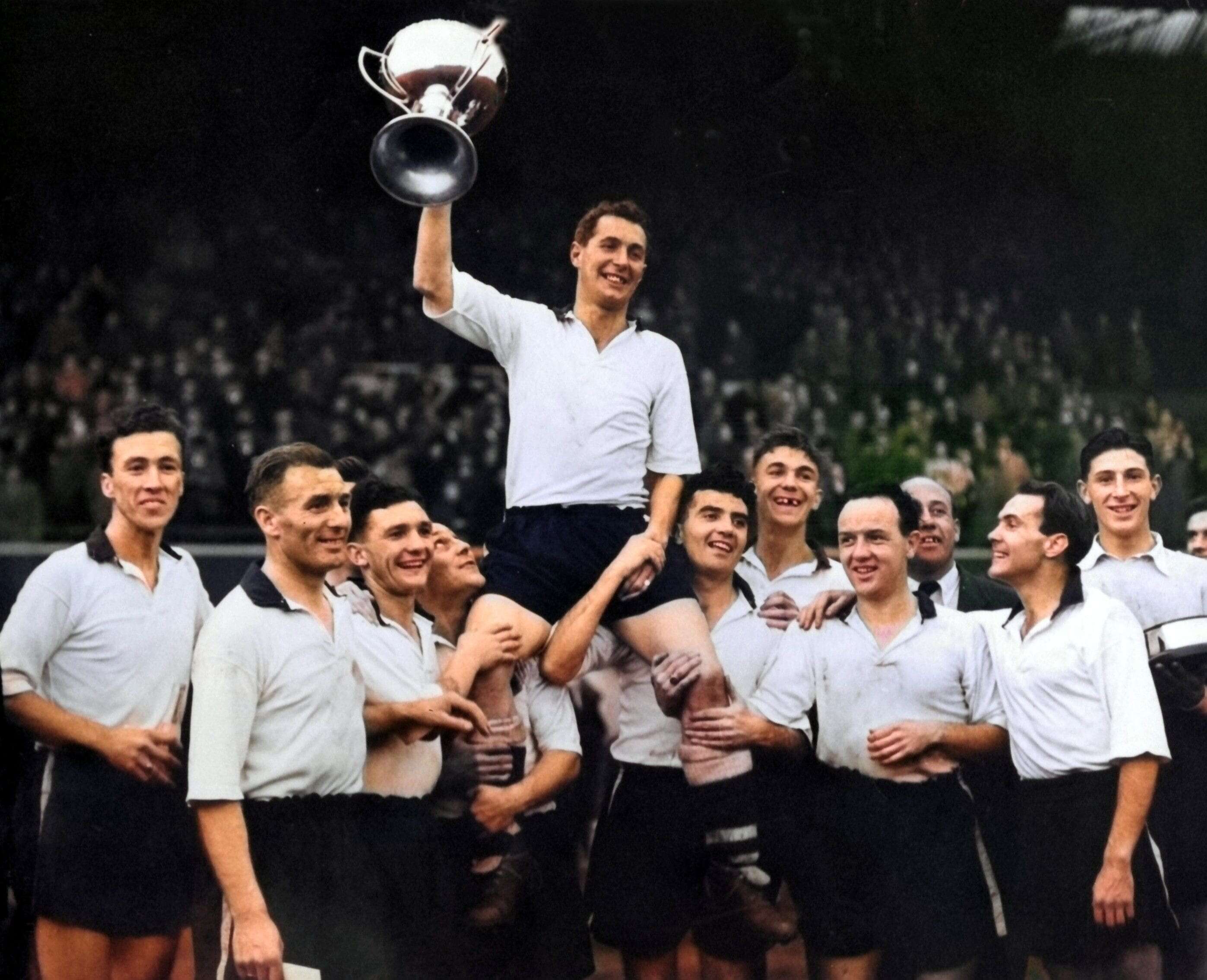 "I'm going to the right of the goal," whispered Alf Boyd as he sped past Billy Steel over to the empty space. "Chip the ball over to me."

"I'll do my best," said Billy, teeing the ball up for the free kick.

The ball zipped over as planned.

Boyd rose to it and the ball was in the net for what must be the greatest winner ever seen in a cup final.

"I closed my eyes and hit it for all It was worth," Alf told me afterwards.

"When I opened my eyes I saw the ball in the back of the net.

Two minutes before that last-second winner it had looked odds on another half hour's play. George Young's free kick from just over the midway line flew straight for goal. Billy Brown had it covered, but he was nudged by Willie Thornton and allowed the ball to slip into the net.

Billy chased Referee Mowat, crying "He pushed me, ref., he pushed me."

Alf Boyd also protested, but the referee, who was well placed, paid no heed to the appeals.

And so much for the drama of the memorable final. But all through, it was a game to remember.

The first 15 minutes saw Dundee well on top. That line of "wee fellas" had the towering Rangers defence in a whirl.

The Dens Park attack is probably the lightest in the country.

In skill, nimbleness, fight and poise they showed that they have few equals.

Steel, playing at times well back, kept sending long through passes to Christie That move had McColl and Young worried many times and invariably brought danger near goal.

The twists and turns of Flavell, with his precise flicks, were a constant worry to Woodburn. Pattillo's roaming and his sudden bursts, and Toner's neat ball control and occasional rambles into the middle, were a source of delight to the Dens fans and kept the Light Blue defence on edge.

In the second phase of the first half, Dundee had a tendency to sky the ball which suited the hefty Rangers defence. In the second half there was a transformation.

From the restart the ball was kept low. In two minutes, Bobby Brown was scrambling on his knees in an effort to stop Flavell's shot which gave Dundee their first goal.

From this point the Dark Blues' mid-line men were terrific.

There was Tommy Gallacher, holding the ball, beating his man, and often men, and pushing through the perfect ground passes.

There was Doug Cowie as firm as a rock, thwarting Thornton at every turn. There were several selectors present and they have never seen a better display by a centre-half in all the games they have watched.

Alf Boyd was the inspired skipper. Back in defence when required, and putting a check on the brilliant Willie Waddell. whom Jack Cowan was finding quite a handful, and then playing his part in attack at the right moment.

There was a slight nervousness about Gerry Follon's play at the start, but he found his confidence and prevented the sturdy Johnson and the eager Rutherford from getting into their winning stride.

Jack Cowan had a tough afternoon. "I found Waddell six times faster than the last time I played against him," confessed Jack.

But the Canadian played the Rangers flier with grand courage. Once Jack was on hand to clear a ball off the line, and it was his clearance which lead to Dundee's second goal.

The ball went to Flavell, who passed on a dainty flick to Pattillo, who ran in to hit a beauty past Brown.

Young Billy Brown rose to the occasion like a veteran.

There was that full blooded drive from Johnson after the non-scoring free which he tipped over the bar, and his positioning and understanding with the men in front was always sure.

Every man in Dundee's team did their bit, and were worthy the long cheering which greeted them at the end.

"This is a dream come true," Mr Anderson said to me after the game.

"We have planned and replanned until now we can say we have almost the ideal team. We gave a display in the very highest of Scottish traditions.

"While I thank the players for their performance. I also want to say that we owe a great deal to the work of Reggie Smith and Reuben Bennet in training the players."

Patsy Gallacher:- "It was a grand game, one of the best I ever watched. Before the game I said if Dundee kept the ball on the ground they would win. I was, of course, very pleased with the way Tommy played."

Mr Anderson received telegrams of congratulation from Washington, Calcutta, Paris, and messages are arriving from all over the country. Mr Eddie Scwertz president, Danish F.A., and Mr Otto Simecheck, who arranged the Israel tour, sent greetings.

The biggest cheer of the day at Pittodrie was heard when the news of Dundee's victory was received.

It was a great day for Archie Simpson Dundee's young reserve. Archie, now in the H.L.I, is stationed in Edinburgh. He left the capital with his pal, another Dundee boy, George Butchart, at one o'clock, and the pair of them hitch hiked their way to Hampden. Archie was in the dressing room after the game doing the things he's done so often before helping trainer Reg Smith to clear up. His pal was there too, and both were on top of the world.

It was certainly a grand way to spend an army day off.