The Broomfielders were practically swept off the park. Near the end the Dark Blues were flaunting their prowess in the lazy, easy style that comes from complete confidence.

Dundee have got something - a real blend of subtle and go-ahead methods.

The parrying strokes of Cowie, Boyd, and Smith turned defence into attack with lightning speed. In front of such trip any five forwards could surely play football!

Still, give the front-rankers their due. They were all tip top, and their marksmen found things going their way.

With a lot of hesitation L plump for Turnbull as the star for his spirited foraging, his swift flicks so easily translated into goals, and his admirable unselfishness

Yet the power play of Johnny Pattillo, the devastating shooting of "Juli," make me inclined to divide the merit stars three way.

The other two were not failures by any means, but the three set high standard.

No faults in the rear. Cowie and Follon are two coming young men, Ancell and Smith were in top form, and Alfie Boyd showed he is one of the best bargains to reach Dens Park.

Sammy Picken, who switched with Brown after the interval, and Flavell put a lot of work on the ball, only to see it wasted.

Airdrie's midline was below par, and the defence, barring Moodie, was a shadow of last year's. 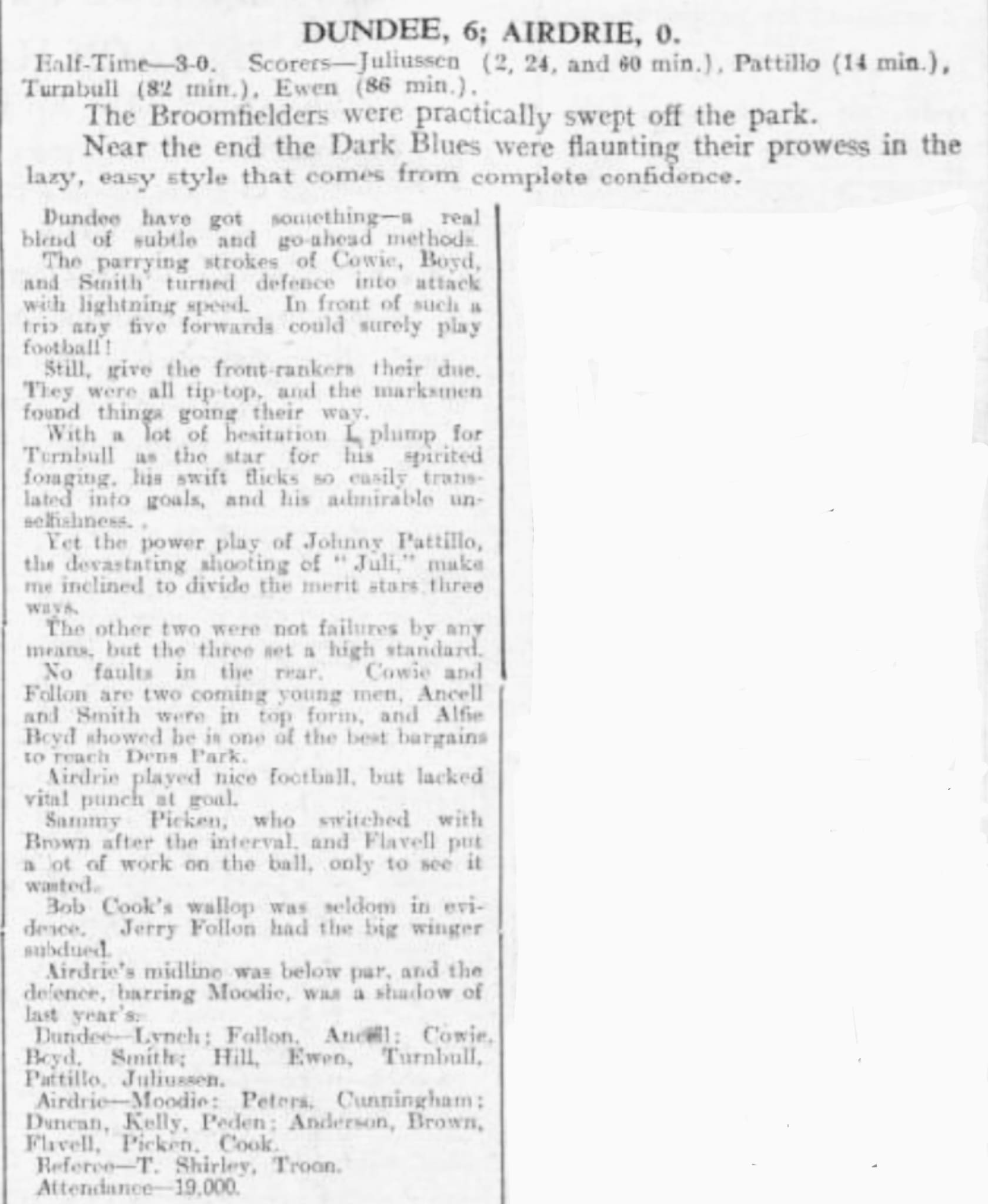