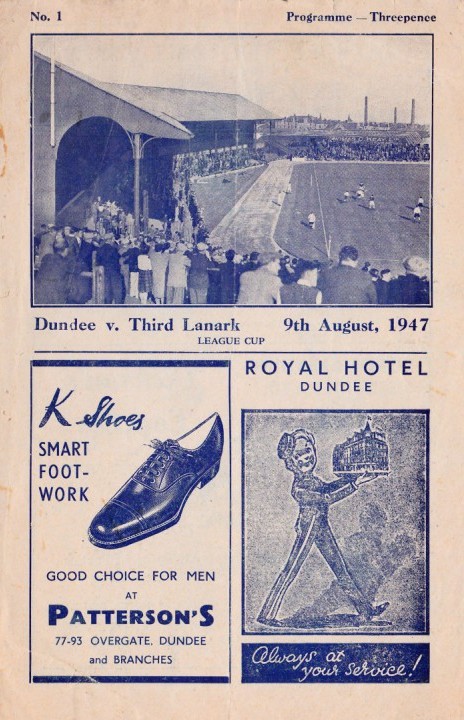 A most convincing victory.

Dundee practically toying with the Warriors ere the finish. But it wasn't because they were a dream team! It was because Third struck a new low!

Mason, Jimmy The One of Third's three inside Jimmies, couldn't make the forwards into an effective striking force, hard though he tried.

The home goal was threatened seriously only twice - that's not often in 90 minutes, Dundee played their ordinary game, real good class stuff, and though it was done at slow tempo it was too hot for the Warriors.

The score would have been greater but for young Fraser who hirpled about on his line with a kangaroo leap now and again to cut out "three" sure things.

Third's defence was very unsteady. Their midline showed craft without genius, and their forwards showed skill only in the transfer. Their positioning and finishing was too bad for words.

Dundee's aces were the rock-steady Gray, the crafty Boyd, and the effervescent Ewen. No one played badly, but a few should note that tip-tap stuff takes no tricks in A Division.

Speeded up, this Durdee team could go places and challenge the best. Problem - Can they speed it up any more?

P.S.-Julie wasn't missed and neither was wee Hill's cartilage. Attendance-24,513.