Played at Carolina Port before a fairly large attendance of spectators. Dundee kicked off against a strong breeze, and, aided by the wind, the Inverness eleven looked dangerous. A corner was secured by the Thistle, which was ultimately converted into a goal, a shot from the right taking effect.

Dundee eleven now began to press, and several times the ball struck the bar, while other well directed shots were saved by McIntosh, Although the home eleven had the best of the game at this period, the Inverness men showed considerable pluck, and endeavoured, at times successfully, to outplay some of the Dundee men.

After repeated tries, Willocks scored the first point for Dundee. The ball was run behind at McArthur's end several times, and but for erratic shooting might have been landed in the net. Smith and Willocks broke away, and passed all the opposing players, carrying the leather the whole length of the field, and then landing it in the goal, Willocks giving it the final kick.

The strangers had hard lines in not scoring, a well-directed shot being held by McArthur. Smith before the close of the first period added a third point, and the first half ended - Dundee, 3; Inverness Thistle, 1.

At the commencement of the second period the home eleven pressed the strangers, and only once or twice did the Thistle have a chance. Four goals were added by Dundee. The first was scored by Devlin from a pass by Willocks, who later put on the fifth point of the game. Dundas and Devlin were credited with the sixth and seventh goals. The game thus ended - Dundee, 7; Inverness Thistle, 1. 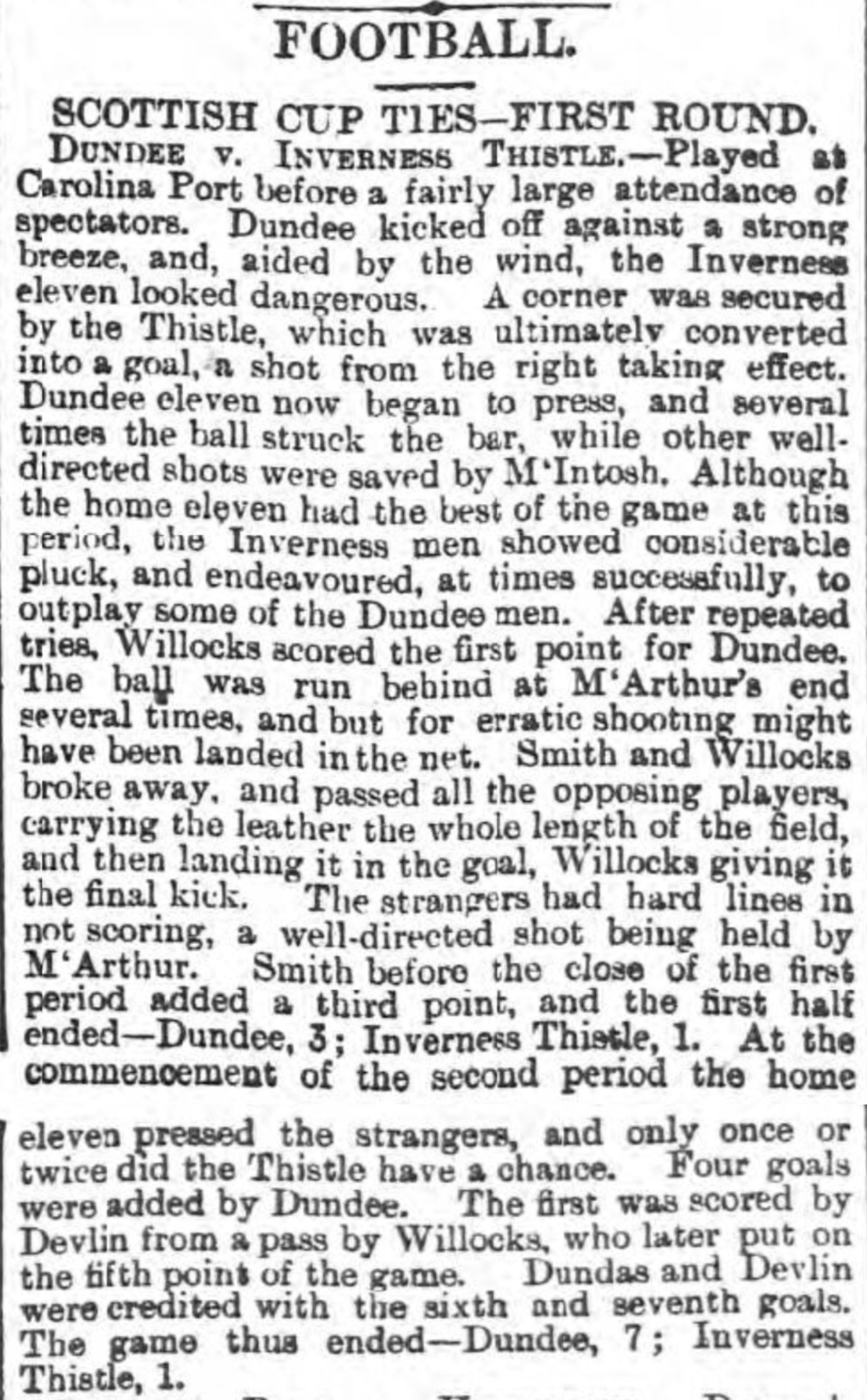