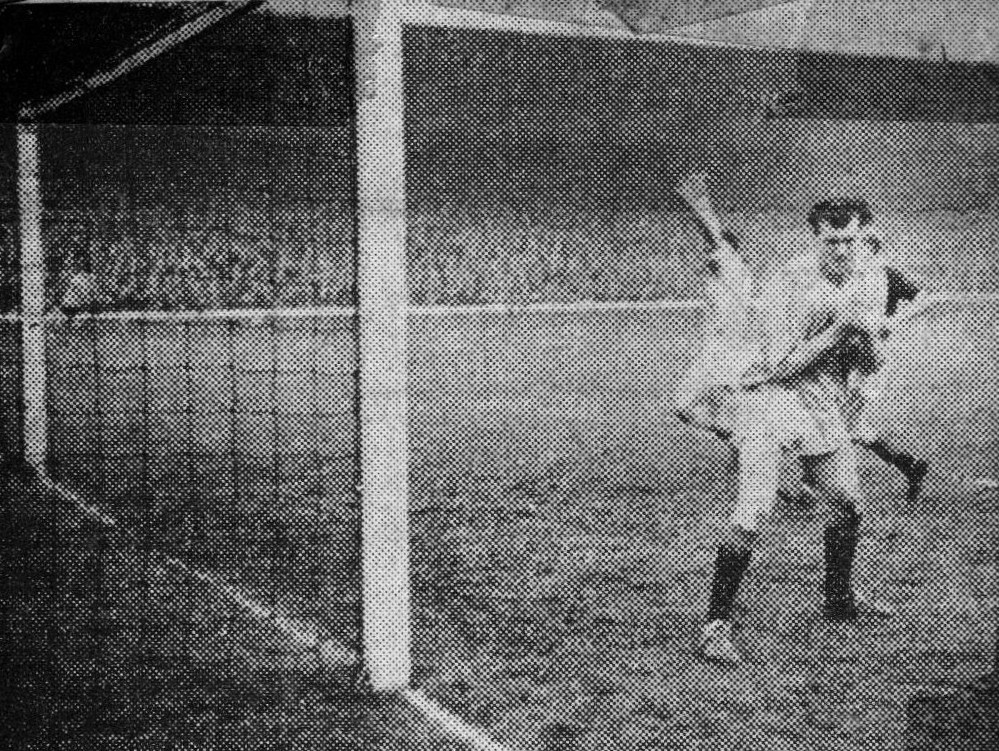 The teenagers who saw this game will be telling their grandchildren about it after they've retired. It was the story-book match come to life. Football as it should be played. A tingling thriller that delighted everyone present, even those from Kirkcaldy. Get that flagpost painted, Mr Shankly, in readiness for the League flag. Not on the Ibrox form, but on this, the fight-back that proved Dundee have what is needed.

Look at the time chart and see how it see-sawed. Dundee one down, level, ahead, level, one down, two down. It looked like curtains. Then the "Bobbies" came on duty - Seith and Wishart - each with a fizzer from 35 yards. Square again, and to cap it all the grandstand winner from football's cavalier, the Gay Gordon.

But all the glory wasn't Dundee's. This Raith team was simply great. They played capital football all the time, never even looked like throwing in the towel. Mr Shaw may have worries in his new job, but he needn't fear relegation.

First surprise in the game was that Rovers were almost as good as the home boys in a scientific sense. Some of their positioning, interception, and passing was beautiful to see.

Hamilton and Ure had little time to admire it, but it's questionable if they'll see anything much better, from the Czechs.

Veteran Andy Leigh began the scoring early on, a 30-yard plus shot that took Liney by surprise. From then on Dundee played most of the studied moves, but in an unhurried, confident way.

Goals came rapidly after half-time. The opportunist supreme, Gilzean, got two in two minutes. The first had Billy Cunningham moving the wrong way, but that was because the ball cannoned off a defender's foot just as Alan hit it. No blame to the 'keeper.

This roused the yells and the choruses. Another Ibrox result was in the making, and dashed if those cheeky Fifers didn't duplicate the feat at the other end, Clinton and Lourie, both in the same time limit.

Ex-Dens Parker Bobby Adamson danced a dervish whirl of delight when he put Rovers up 4-2.

Just over 20 minutes to play. Bobby Wishart sends home a dream shot. Wilson clears on the line from Penman.

The urge dies a bit. Rivers begin to gather themselves together a bit after the onslaught, then, with four minutes left, Seith rips home the equaliser. The fans are still cheering in frenzy when Gordon Smith planks the winner in the net.

What a game, and what a set of players. Simply marvelous. All of them. The goalies were generous perhaps, giving a way two goals each, but all added to the fun.

If you must have the best men tally, you can give the palm to two old men Andy Leigh and Gordon Smith -two wonderful performers.

Wishart and Seith were in smashing form. Wilson and Forsyth were remarkably good. But there wasn't a weakling on the pitch.

Fifteen thousand spectators, all happy, would wish to say " Thanks, boys."